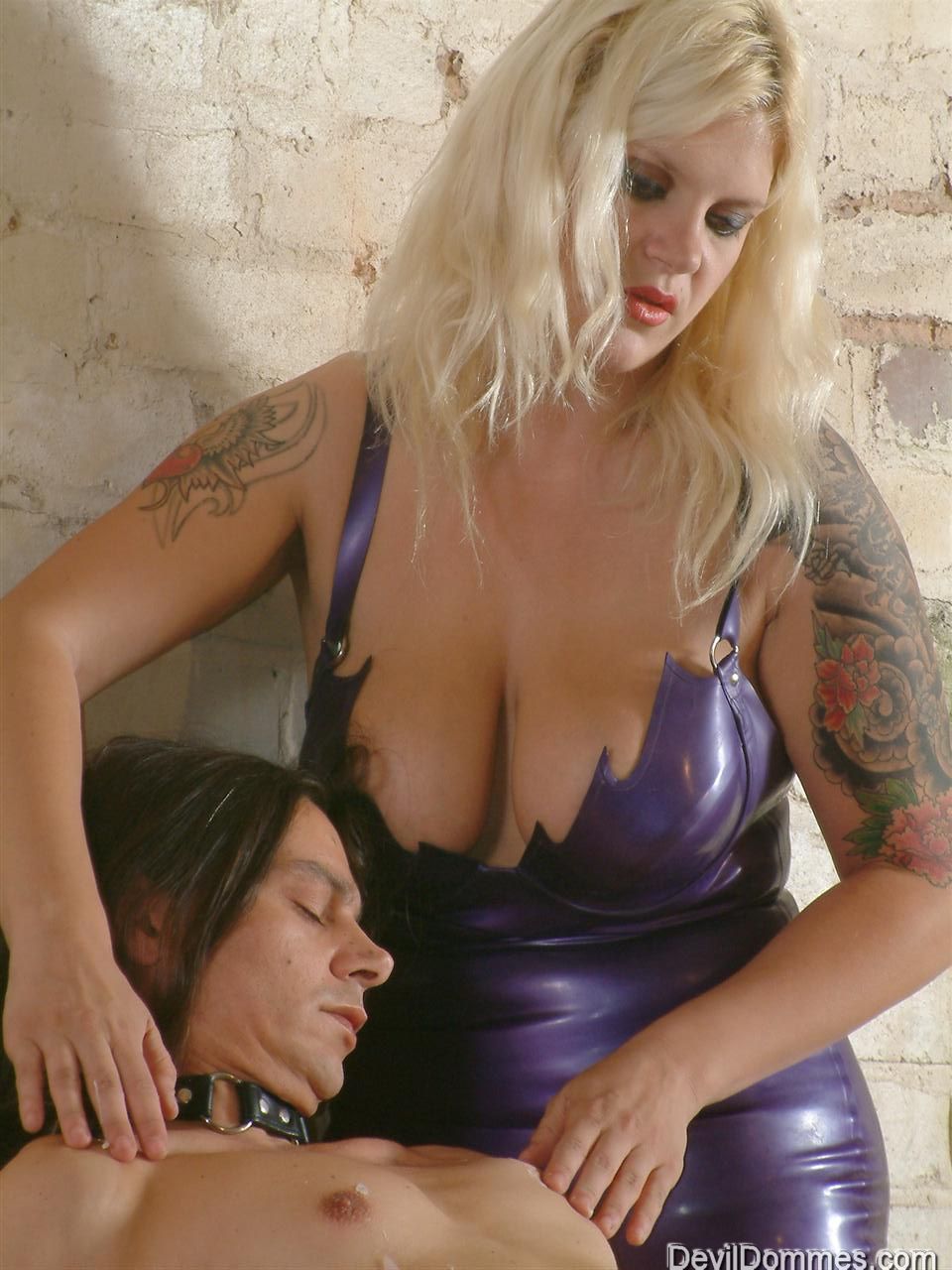 She stood six foot four, clad in long slick boots and a wickedly constricting leather corset. In her hand was her toy, a whip that could leave the boldest man humbled. He came on hands and knees, groveling at her feet as she had trained him. She spread her legs and pulled aside the fabric at her crotch and let loose a warm stream of urine all over his hair.

He shook perceptibly but did not dare to look up. She pushed him backwards with her boot heel. This man was in charge of a major corporation. He had literally thousands of employees. For now the playing field was a bit different! He wore nothing but a leather dog collar. She attached the leash and walked him around the room a bit. It was very difficult for him to catch up because her legs were so long and her strides were enormous.

Tally looked at this pathetic servant and her harsh face softened a moment. He was trained well indeed. She sat astride his back and rode him like an animal around the room for almost thirty minutes. He thought his body was crushing under her weight but knew better than to tire. She slapped his ass harshly and ordered him to trot, to gallop, and to do tricks.

He tried his best. There was no way to keep up with her cruel commands. She pulled his leash harshly and his whole body arched in pain.

Finally Mistress Tally stood up. He almost collapsed. The pressure on his back was intense. She held out her boot for him to lick and he accepted it gratefully. Their session was almost over. She lay back on the bed and peeled off the corset, revealing a body that was sinfully sensuous. Her full tits were firm and protruded from a silky, smooth and tiny body that stretched on and on. Tally caressed her golden skin. Her nipples formed tiny tents and her back arched as she gave herself pleasure. He crawled to the bed and she reached down to pet him.

“Come here my pet”, she whispered seductively and he stealthily crawled closer to her warm, naked flesh. She had kept the thigh high boots on but otherwise she was completely nude and his cock ached with need and humiliation. His hair was wet with pee as he waited for her to open the gates of her most precious well to him. When she finally did, he went to work with his mouth and lips on her. He mouthed her pussy lips, while fucking her slit with his trained tongue. She was well pleased with him now.

Her pinkness opened up like a flower as he worshipped her nectar. Her boots grazed his ears as she bent her knees to draw him in further. It was his deepest desire to please his Mistress. She howled like a giant and pulled his wet hair as she came all over his face. He wept with pride as she stroked his back and praised him.